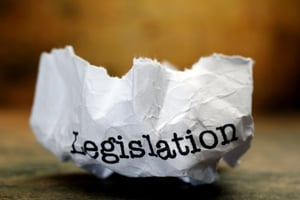 The MORE and SAFE Act are two Cannabis Bills making history and helping pave the way for a thriving industry. Hot on the heels of the House approval of the marijuana banking bill another landmark vote for Cannabis reform makes history. The Secure and Fair Enforcement (SAFE) Banking Act marks the first time a stand-alone cannabis bill has achieved a floor vote. Now, the Marijuana Opportunity Reinvestment and Expungement Act of 2019 is the first time Congress has approved a bill to legalize marijuana. The MORE Act of 2019 is meant to simultaneously de-schedule and decriminalize Marijuana.

The Bill, introduced with the intention to end marijuana prohibition, was voted on and approved by the House Judiciary Committee on November 20, 2019. This will go down in history as the first time any congressional committee has approved a bill with the intent of legalizing marijuana.

The MORE Act will do more than bring services to a "half-legal" industry.

Congress' website states its intent is "To decriminalize and de-schedule cannabis, to provide for reinvestment in certain persons adversely impacted by the War on Drugs, to provide for expungement of certain cannabis offenses, and for other purposes."

Notice that it is not attempting to move Marijuana to a lower schedule, say 2 or 3. It is effectively attempting to remove it from the list of scheduled drugs completely. The text on the Bill specifically states: "Marihuana and tetrahydrocannabinols shall each be deemed to be a drug or other substance that does not meet the requirements for inclusion in any schedule." These Cannabis Bills make history solely for being voted on, whether it goes on to pass or not.

This is a much more comprehensive move that not only addresses the failed war on drugs but also allows for fair access to banking and financial services for the thriving cannabis industry than what the SAFE Act could deliver.

MORE Act makes history but what will it entail for the Cannabis Industry? 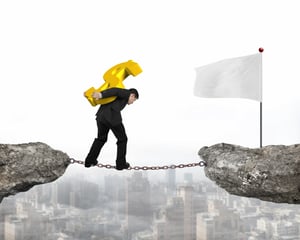 If you haven't already had a chance to read about the high points of the Bill here is a quick overview to catch you up.

The first important task would be the establishment of a Cannabis Justice Office. They would be tasked with the implementation of the ‘Community Reinvestment Grant Program’.

With a 5% tax imposed on the sale of legal cannabis products, the Grant Program would invest resources back into communities deemed to be highly impacted by the war on drugs. These would include such things as job training and literacy programs, providing legal assistance and treatment for substance abuse.

There would also be the creation of both a “Cannabis Opportunity Program” and an “Equitable Licensing Grant Program”. These programs would allow for the Small Business Administration to issue loans and grants to marijuana-related businesses. Access to funds will greatly impact socially and economically disadvantaged individuals. This will allow them to own and control marijuana-related businesses.

The decriminalizing calls for judges to expunge certain convictions for marijuana offenses and allow for the sealing of records for minors who were previously convicted. The Bill establishes language which prohibits the SBA from denying a loan or grant based on a prior criminal conviction for a cannabis-related offense.

Under the Bill, Cannabis would be treated like Tobacco products, and much of verbiage around tobacco would be updated to include the terms cannabis and cannabis products. The states would still be tasked with regulating the businesses under the existing laws for tobacco in their state.

We currently have 11 states, and Washington DC, who have legalized cannabis for recreational purposes on the state level. 33 more states, plus U.S territories Guam, U.S. Virgin Islands, and Puerto Rico have all created legal medical marijuana programs. Recent polls show that two-thirds of Americans support the legalization of Cannabis, according to a recent Pew Research Center survey. One would think this Bill would have enough momentum to force the powers that be to take notice.

Will the MORE Act of 2019 pass the Senate? That is the question.

These two cannabis Bills will make history, but will they endure? While it passed the Judiciary Committee with a 24-10 vote, it will be interesting to see if the Republicans even take a look at it, let alone pass this Bill. It only received a 'yes' vote from two Republicans (Reps. Matt Gaetz (R-FL) and Tom McClintock (R-CA)) and many of the rest believe that the Bill is just too aggressive. Republicans would much prefer to leave any legislative action to happen under the STATES Act. But, this would not remove Cannabis from the list of controlled substances. And would not do much to help with decriminalization on a Federal level.

The expectation is that the House will pass the Bill without an issue. And they may even get to it during this current congressional session, which ends on Jan. 3, 2021. Unfortunately, it is highly likely the Republican ruled Senate will not prioritize the Bill prior to the 2020 election.

In addition, the Bill has been referred on to other various committees that would be affected if it were to pass. As it stands now, it still has 7 other committees to go through including the House Ways and Means.

Whether or not this Bill goes very far in the coming year, it's still a step in the right direction. And in the meantime? We can still look to the SAFE Act to bridge the gap bringing much needed financial services to the industry.

Cannabis Businesses need access to payments while they wait for Congress to Pass Cannabis Bills.

These two cannabis bills may make history, but cannabis merchants still need access to banking and payments right now. At Bankcard International Group (BIG), we have been working with and advocating for the cannabis industry for over a decade. We've been diligently creating partnerships with the sole purpose of providing credible and transparent merchant services to the cannabis industry.

Our ETA-Certified Payments Professionals hold themselves to a standard not easily found in this industry. We have learned that each and every business is unique. With an industry as volatile as cannabis payment processing, we know how important it is to work closely with each business owner to discover which solution fits their particular needs. You need to know your payment processing provider who will treat you and your company with integrity and transparency. This is a tough industry and we tell it like it is. No Exceptions, No Excuses.

Give us a call today to find out which options available now would fit the needs of your business.  We can find a solution that will enable you to accept payments for cannabis in the best way possible. Click the link below to request a quote. It's time to "Experience the BIG Difference!"