2022 - Is A Banner Year For Cannabis Legalization On The Horizon?

Between the November 2020 election and legislation during the first half of 2021, there’s no doubt cannabis legalization is a force.

In Arizona, Montana, New Jersey, and South Dakota, voters legalized the recreational use of cannabis during the 2020 election. Then, 4 more states, Connecticut, New Mexico, New York, and Virginia, approved cannabis legalization through the legislative process in the first half of 2021. This brought the total legal state count to 19 states plus Washington D.C.

Unfortunately, following the election, a state court overturned the vote in South Dakota, stating the process was invalid. But we must include the state in the total count pending the decision of the state Supreme Court to either uphold the voter’s choice or side with the circuit court.

There is also overwhelming citizen support for legalization across the country. An April 2021 Pew Research poll revealed that 60% of Americans support cannabis legalization for medical and recreational use. Maybe even more promising is the fact that only a slim 10% believe cannabis should remain illegal for all uses (even medical).

Now proponents and activists involved with cannabis legalization have only one thing to do. And that's to focus on the future.

Several states are working to put cannabis reform measures on the ballot for 2022.

A few of the most promising states include Arkansas, Idaho, Maryland, Missouri, North Dakota, Ohio, Oklahoma, and Wisconsin.

But those are not the only states looking to make history next year. One more interesting development comes from a pioneer in cannabis legalization and regulation. California recently filed a petition, California Psilocybin Initiative, for the 2022 ballot vote. The initiative would legalize the adult use of psilocybin mushrooms for any reason. If this were to pass, California will become the first state in the nation to make use of the psychedelic legal.

Let's break down the states we believe are the most likely to successfully qualify for cannabis reform measures in 2022.

States looking to legalize and regulate possession and adult use of marijuana: 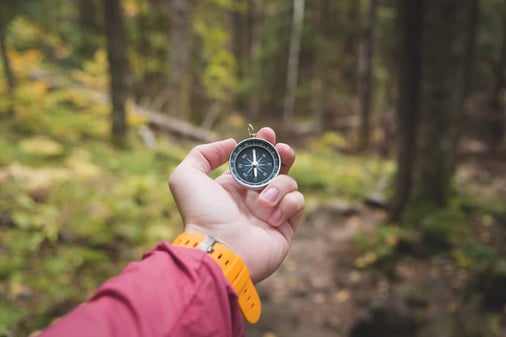 Arkansas True Grass is responsible for drafting a proposal to legalize and regulate the sale of cannabis in their state. Adults 21+ would be able to purchase up to 4 oz. at one time and grow up to 12 plants for personal use. Interestingly, the proposal does not include a limitation for the amount of cannabis in possession as long as it is out of public view.

Legalization activists have begun to collect signatures to put an initiative to legalize cannabis possession on the 2022 ballot for vote. However, Idaho has no intention to create a regulated retail industry since the initiative is only for adult possession on private property. As of now, there is no framework for a licensed and regulated retail system and home cultivation is not allowed.

For the most part, the initiative was created to allow for residents to purchase from neighboring legal states for private home consumption.

However, there is also an effort to create a regulated MMJ program within the state. (See below.)

Lawmakers are working to put a measure for cannabis legalization before voters as a referendum to the 2022 ballot. Maryland is promising because top lawmakers have stated their dedication to marijuana reform for their state. House Speaker Adrienne Jones (D) has stated that she believes “voters should have a say in the future of legalization.”. Senate President Bill Ferguson (D) also showed his support, stating the “Senate continues to be ready to move a fair, just, and equitable program forward, and we intend to do so during the 2022 session.”

More than one measure is likely to make it to the ballot for 2022. There are a number of activist groups in the state working on ballot initiatives for marijuana reform in the state. Many would create a regulated system for cannabis sales. Another includes amendments to the current medical marijuana program. One of the most promising was drafted by the same proponents of the successful medical marijuana initiative in 2018.

Proponents are working to collect the required number of signatures to qualify for ballot measure that would push lawmakers to act this year. However, if they don’t act, proponents will need to continue to collect signatures to put it in front of voters during the 2022 election.

Legalization proponents are working on a measure that would legalize cannabis, update the Oklahoma Medical Marijuana Authority into the Oklahoma Cannabis Commission to regulate sales, and allow adults to purchase from existing medical dispensaries and grow up to 12 plants for personal use.

Voters in South Dakota passed a measure to legalize the adult use of marijuana during the 2020 election. However, the vote was overturned by a state court and now heads to the state Supreme Court. Meanwhile, proponents won't be deterred. They have drafted no less than four new measures that will be pursued if the Supreme Court upholds the decision. All of the proposed measures would legalize possession for adults, but not all would legalize retail sales.

Wisconsin representatives are ready to capitalize on the revenue from a regulated cannabis industry. Leading Democratic lawmakers recently announced the filing of a new measure to legalize cannabis for possession and recreational sales. The measure also includes a provision to give qualifying medical patients access to cannabis tax free.

Kind Idaho is currently collecting signatures to qualify a medical marijuana proposal for the ballot next year. The program allows for the possession of up to 4 oz. of medical marijuana for qualifying patients. Home cultivation up to 6 plants for patients under special circumstances only. But with only 12 qualifying conditions, the Idaho MMJ program would be relatively limited.

Lawmakers are working on a revised Medical Marijuana Bill for the 2022 ballot. There was overwhelming voter support in 2020 for Initiative 65, but the state Supreme Court shot it down stating the MMJ initiative and ballot process was invalid.

But now, both the House and Senate are working hard to iron out differences and submit a new proposal. Gov. Tate Reeves (R) has stated he would call a special legislative session to vote on a complete MMJ bill.

We could see an initiative for a medical cannabis program on the 2022 ballot in Nebraska. Proponents are working to get not just one but two initiatives on the 2022 ballot to create a legal medical marijuana program. A medical marijuana measure qualified for the ballot in 2020, but was invalidated by the state Supreme Court on a “statutory challenge”.

Proponents are collecting signatures for a medical marijuana initiative. IF passed, patients can possess up to 4 oz of “medical marijuana-derived” products per 30 days. Cultivation of up to 8 mature plants will also be allowed for patients.

Other states are working to advance measures to decriminalize marijuana:

De-penalize the Adult possession of up to 3 oz. on private property

There is also a separate measure to decriminalize adult-use marijuana. Advocates are working to decriminalize possession by removing the threat of jail time for offenders. The proposal would impose minimal fines for misdemeanor possession of up to 4 oz.

Could 2022 be the year that the feds decide it's time to make a move?

Cannabis ballot initiatives have been won in every single year since 2012. If the last decade is any indication, 2022 will be a banner year for cannabis legalization. If all 8 states are successful, more than half the states (27) in the country will have legal cannabis use. And if both legalization and medical initiatives pass, there will only be 8 states left that do not have any form of legal cannabis use. Could 2022 be the year that the feds decide it's time to make a move?

At Bankcard International Group, we are both proud supporters of the cannabis industry, and activists for the industry’s right to fair access to financial services. Whether through initiatives such as the SAFE Banking Act, or nationwide legalization through descheduling, we believe it is time for the federal government to initiate change.

Until then, we will continue to support the industry’s needs in the most compliant and transparent manner. We believe it's only through legitimate and compliant payment solutions that we can help to propel the industry. Our solutions were born out of experience and forward-thinking to demonstrate that compliant, transparent, and traceable payments can be achieved for the cannabis industry.

As we get closer, we’ll keep our eye on the progress of the most promising states and their initiatives. If you're curious to learn about cannabis reform in a specific state, please visit our interactive cannabis state map. And if you want to talk about our compliant options for cannabis payment processing, don't hesitate to call. Our ETA Certified Payments Professionals are always ready to assist.