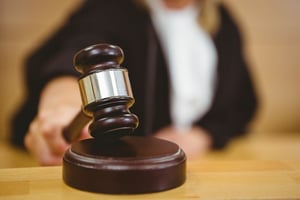 By now you’ve probably heard that the interim final rule, or Hemp Bill Ruling, has been "finalized”. And you might be thinking “But wait, didn't that already pass when the Farm Bill passed?”

Well sort of, but not exactly.

The Farm Bill passed in 2018 allowing for the legality of the production of Hemp as an agricultural commodity. It also removed Hemp from the List of Controlled Substances.

But the Farm Bill also created a mandate for the establishment of a Federal regulatory program for hemp production. So the USDA created the Hemp program and that is the Interim Final Rule. The goal is to create a consistent regulatory framework for the management of Hemp production across the U.S. One that is intended to set specifications for maintaining data including licensing and compliance, land location, testing, and disposal of plants that don't meet requirements.

The program, titled The U.S.Domestic Hemp Production Program, intends to establish a concise regulatory framework around hemp production that is uniform throughout the United States.

The Interim Final Rule represents those guidelines mandated by the Farm Bill. They became effective upon publication at the Federal Registrar on Oct 31, 2019, The entire rule is posted on the USDA’s website.

The new Interim Final Rule puts the USDA in charge of hemp production.

The U.S. Department of Agriculture (USDA) is now in charge of approving state Hemp production plans.

The Farm Bill allows for the production of Hemp in states that so choose. States also have legal grounds to ban the growth of Hemp if they choose not to condone production.

As of this date, 46 states allow for the legal growing of Hemp. Idaho, South Dakota, Mississippi, and New Hampshire are the only states who have, so far, decided to ban the production of Hemp crops.

Any state already growing Hemp under the 2018 Farm Bill was following State guidelines set up without the guidance of the USDA. Now, to meet the new USDA standards, state regulations will need to be revised. They will then need to resubmit their state plan to the USDA for approval. This inevitably will cause a bit of a headache at the state level.

Per U.S. Secretary of Agriculture Sonny Perdue, they have been working diligently to “develop a regulatory framework that meets Congressional intent while seeking to provide a fair, consistent, and science-based process for states, tribes, and individual producers who want to participate in this program.”

What does the Interim Final Rule mean for Hemp Production as we move forward?

It means that states have the right to create and police their own set of rules and regulations for growing Hemp. And, they now have a minimum of guidelines that each state must meet when fashioning their individual regulations.

Following are some of the base guidelines:

One of the biggest issues with creating regulations centered around the 0.3% THC threshold. They found inconsistencies with how the plants are tested and how much of the plant is tested. They also found that seed types could have different levels of THC depending on where they were grown. Seeds grown in one area of the country could have significantly higher levels of THC than its counterpart grown elsewhere. This all leads to creating an acceptable margin of error.

It’s important to note that these procedures have been created as separate documents. These documents are attached to the ruling to allow for easier updating as new technologies are created.

They still need to clarify exactly what a “harvest” means. For example, is it the day you begin, or when the entire crop is harvested? End of harvest could feasibly be several days later on a large farm. The extra growth time could put the crop over the allowed limit on longer growing plants).

The USDA understands there can be a certain margin of error with any testing procedures. 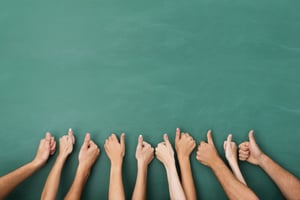 The ruling establishes that the USDA understands there can be a margin of error when it comes to testing. Therefore, a crop will still be considered as an agricultural even if it falls within the margin of error during testing. This margin of error allows the crop to be deemed to have met the 0.3%THC requirements.

The USDA agrees that farmers could unintentionally grow a crop that ends up testing above the 0.3% threshold. The ruling states that the farmer would not be committing a negligent violation. Nor would a farmer risk criminal violation in the event their crop tests over the 0.3% THC limit.

However, any farmer who violates a plan negligently 3 times in 5 years, will have their eligibility to produce Hemp revoked for the next 5 years.

States or Tribal Territories that ban hemp production cannot inhibit the transportation of hemp through their state or territory.

Why is it considered an "interim final rule"?

This allows the rule to go into effect while they consider if it needs changes before becoming final. That means this ruling will be in effect for 2 years from the time it was published with the Federal Registrar. The final rule will go into effect at the end of the 2-year interim.

The biggest benefit that will likely come from the USDA finally drafting guidelines? Now each state will know exactly what their guidelines need to look like to be approved by the USDA.

Also, farmers growing hemp will finally be eligible for several USDA programs they were unable to qualify for previously. Some farmers might find the ability to obtain insurance coverage through Whole-Farm Revenue Protection to be the most significant benefit. The WFRP will likely be adding new information regarding coverage for the 2020 policy year. Best to keep an eye on their website at farmers.gov/hemp as it draws nearer.

What does this new ruling mean for accepting hemp or CBD Merchant Accounts?

One thing the interim final ruling will not affect? It does not have any effect on Hemp and CBD producers’ access to banking and financial services such as credit card processing for hemp and CBD products.

However, as we recently announced, we do have domestic Hemp CBD merchant accounts available despite the grey area with which selling these products have landed.

As always, Bankcard International Group is dedicated to the support of our merchant’s success. Through legitimate, affordable and dependable payment processing we aim to become the trusted source for your merchant services.

Partner with a forward-thinking high risk payment processor and “Experience the B.I.G Difference!”