Understanding Kratom - What It Is And How It's Used

Kratom has been used for centuries as a common herbal supplement in its native countries of Southeast Asia. But it has only gained popularity in the U.S. over the last couple of decades.

As with anything new(ish), it is often misunderstood by consumers. It doesn't help that conflicting opinions and misinformation abound, depending on the source.

Where does kratom come from?

The term “Kratom” refers to both a tropical tree and the leaves and compounds that come from the tree.

First and foremost, kratom is a Southeast Asian tropical evergreen tree that is a member of the coffee family. But kratom also refers to the leaves, compounds, and products that come from the tree.

While there are many compounds in kratom, there are two primary alkaloids that have been the focus of use and study. Mitragynine (MG) and 7-hydroxymitragynine (7-HMG) are the two bioactive alkaloids contained within the kratom tree garnering the most interest.

When digested, MG, found in the leaves, breaks down to 7-HMG. It then binds with receptors in the brain to produce either stimulant-like effects or sedative-like effects. The type of effect seems to depend on the amount of the dose ingested. Smaller amounts are reported to produce energy, increased focus and feelings of well-being. At higher concentrations, kratom has been reported to produce feelings of relaxation and effective pain relief.

What is Kratom used for?

In its native country, kratom has been used medicinally for 100s of years as a mood enhancer, for energy, and for pain relief. Typically, natives would chew the leaves of the tree or brew them into a tea. Farmers would chew the leaves while they worked to get an energy boost and improve productivity. Various preparations were also used to treat various ailments as well as in religious ceremonies.

However, in America, kratom is mostly sold as capsules or powders and liquid tinctures that can be mixed with liquids.

In the U.S., the largest portion of consumers that use kratom report using it for acute and chronic pain relief. Some use it as an alternative to opioids for fear of addiction. Others use it to relieve pain while weaning themselves from opioid dependence and withdrawal symptoms. 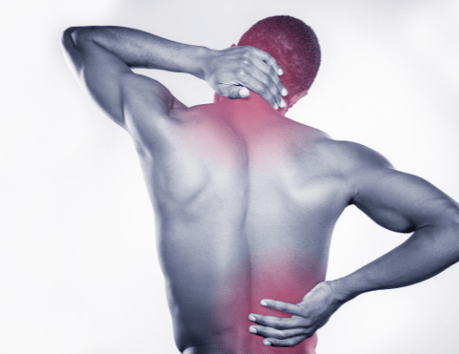 Surveys show that in the United States, about a third of consumers use it like coffee for increased energy and focus. The rest of Americans report using kratom to enhance mood and reduce anxiety.

This is not surprising to proponents of kratom as a beneficial supplement. Preliminary studies show that kratom may have a positive influence on pain, anxiety, and depression. It is believed kratom is not addictive in the way opioids are, particularly because of the way the compounds activate the receptors in the brain. So even though it activates opioid receptors, it's not in the same way that opioids do. And that, in particular, is what makes it less addictive. There are also many other small studies showing potential therapeutic uses for mental illnesses, such as depression and anxiety.

In the U.S., Kratom is legal, yet unregulated federally.

Kratom is not listed as a drug on the List of Controlled Substances, however, the FDA does consider it to be a drug. The FDA defines a drug, in part, as “intended for use in the diagnosis, cure, mitigation, treatment, or prevention of disease” and “articles (other than food) intended to affect the structure or any function of the body of man or other animals.”

Currently, kratom is not approved for any uses by the FDA.

Americankratom.org maintains that kratom is not a drug. Instead, describing kratom as a “naturally occurring herbal supplement”. They go on to point out that while it does act on opioid receptors, so do many other common substances, namely chocolate, coffee, exercise, and breast milk.

Proponents of kratom state that the alkaloids do not serve as a reinforcer in the way that opioids do, which is what makes them so addictive. Opioids, on the other hand, produce a reinforcing euphoric high that leads to heavy addiction.

However, it does have a powerful effect on pain receptors, allowing people to effectively manage pain without the fear of addictions. In 2020, Johns Hopkins University performed a study on the efficacy of kratom in opioid dependence and withdrawal symptoms. The study revealed that 87% of addicts reported relief from withdrawal symptoms and 35% were able to stay opioid free for more than 1 year.

They also compare kratom dependence to caffeine withdrawal symptoms, stating that they remain mild and generally subside within 4-5 days. Minimal compared to opioids, that result in severe withdrawal symptoms that require “extensive in-patient detox treatment programs that can last months.”

The FDA continues to actively review all available scientific data to determine the both the safety and efficacy of the substance.

Their concern is over the fact that the active compounds in kratom activate the same nerve cell receptors that in the brain as opium.

However, both proponents and Federal Authorities believe that scheduling kratom will interfere with research. And because of its potential uses for pain, but particularly its potential in the fight against opioid addiction, Agencies support further research. NIDA continues to support research and studies of kratom, particularly as a use for addiction and substance abuse, specifically opioids. 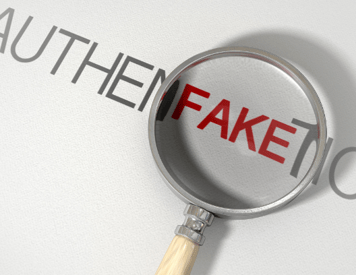 The problem is that, much like most herbal substances and nutraceuticals, it is not regulated. This has led to the adulteration of kratom by unscrupulous marketers looking to capitalize on a lucrative market. These “bad actors” often lace pure kratom with substances such as heroine, morphine, even fentanyl. This has led to illness and death blamed on kratom. However, in all cases it was found the deaths were the result of polydrug use or adulterated kratom. No deaths have ever been reported from kratom use alone.

The Kratom Consumer Protection Act was introduced in an effort to create a regulated environment to ensure kratom was only sold in a pure and unadulterated state.

The Kratom Consumer Protection Act requires kratom to be pure, non-adulterated, and non-synthesized to alter alkaloids in the natural plant. It ensures that safety guidelines and Good Manufacturing Practices are followed. And it requires all kratom products be labeled properly.

Five states to date have passed the KCPA, Arizona, Nevada, Georgia, and Utah, and Oklahoma, all in 2019. Several other states are considering the legislation as well. Meanwhile, the American Kratom Association (AKA) continues to lobby Congress to pass KCPA at the federal level.

Accepting payments for Kratom and other nutraceuticals

Without regulations, product quality and ingredients can vary greatly between brands. Worse, they can contain illegal, adulterated, or harmful ingredients that consumers don't know about.

Products can also be mislabeled or contain less of the promised compound than advertised.

This all adds up to increased liability for the processor, as these companies usually incur high rates of chargebacks. Merchants may not realize that banks and payment processors can be held liable for supporting an unscrupulous merchant.